Music educator Jonathan Lutz founded Treehouse Music in 1998 in order to develop and spread the zitheroo, an instrument with unique educational characteristics. Jonathan had first seen similar instruments in the 1970’s and later used them with his own children in the 1980’s. However, it was not until he was invited to join the board of the “culture and health” project started in the 1990’s by Svenska kulturfonden (a Swedish-language cultural foundation in Finland) that he realized the potential of this instrument, otherwise largely unknown in Scandinavia and most of Western Europe. He then introduced it in school and health care settings.

After importing Russian and American zithers, Treehouse Music started over and developed a new model, handmade from quality materials in Finland, the “zitheroo”. Production began in 2002. Alf Malm does the woodworking while Jonathan and helpers do the rest, tuning pegs, strings, song sheets, etc. Zitheroos are now used in a variety of settings in the Nordic countries (see Who uses the zitheroo?).

Treehouse Music has produced song sheets and guidance materials for teachers, nurses and others who use the instrument. One example of our work to help you play the songs YOU want to play is the “transposer”, our invention with which anyone (without needing to know how to read music) can take songbooks and write out and play favorite songs. See details under Use the transposer!

Treehouse Music is located in Västervik on Degerö island just south of Ekenäs/Tammisaari in southwestern coastal archipelago of Finland, about 90 km west of Helsinki. Contact and ordering information can be found on this website. 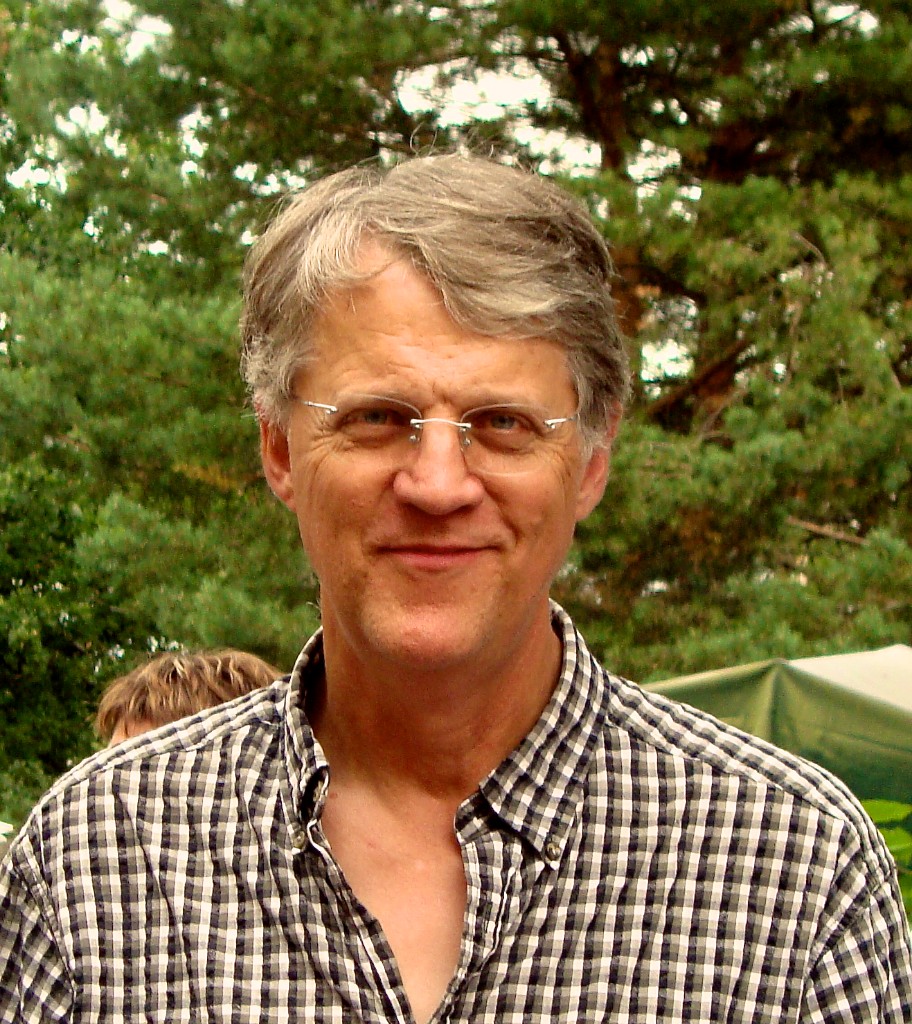 In Swedish I aspire to the title of “musikinspiratör”, but “music inspirationalist” doesn’t work well in English so I guess I am stuck with “music educator”, though both that and “music pedagogue” don’t really convey who I would like to be: someone who helps others get in touch with and develop their inner musical resources. I wanted to write “liberate” but “liberation musicology” is not as established as, say, liberation theology. In any case, my interest is in joy and the one-to-one, and for lack of time and political skills I will have to leave the-end-of-the-cult-of-music-celebrity-and-new-beginning-of-a-music-making-for-all to others.

Born (1953) in Minnesota and educated in music (B.A., Haverford College) and music education (M.S.T. University of Wisconsin), I have studied a variety of subjects. My first thought was to become a psychiatrist but music was all too fascinating: theory and composition; jazz, rock and folk music; music therapy, music education and music as a community-building activity. During college and graduate school days I worked as an English teacher in the slums of Newark, New Jersey, a summer camp counselor in Michigan, psychiatric care worker in Wisconsin, assistant in history at the University of Wisconsin, and recreational therapist for developmentally disabled elderly. My first visit to Scandinavia was as a 14-year-old during a year at Viggbyholmsskolan’s “gymnasium” (high school) outside of Stockholm.

I played music full time in a band for a couple years after college but then went back to school, studying history, religion, and political science for a year. Then in 1977 I moved to Sweden and taught elementary school music full time in Stockholm, then piano, recorder and choir at Sigtuna music school, and the following year junior high school music and piano and choir (and played fiddle for folk dancing) in the folk music area Österbybruk, home of the nyckelharpa or “key harp”, a sort of violin. In the spring of 1979 I moved back to Stockholm and taught preschool music at the teachers training college part time and improvised classical music 18 hours a week at the Stockholm ballet academy, all while studying psychology full time at the University of Stockholm.

In the fall of 1979 I moved east and taught music and other subjects in the beautiful Swedish-speaking archipelago area on the southwestern coast of Finland where I had discovered an interesting person named Ylva Rancken. We married in 1980 and then spent 2 years studying and working in the USA, with years in between teaching at Viittakivi International Center in Finland. Though it has since closed its doors, Viittakivi was a very special “folk high school” (residential adult education center) focused on peace and international understanding, started by Quakers and the Finnish Settlement movement after world war II.

From 1984 to 1990 Ylva and I led the work at Emmaus-Westervik, a working and living community associated with Emmaus International, a religiously and politically unaffiliated grassroots organization working for local and global development and founded by Abbé Pierre in 1954. There we lived on recycling and administered the Swallows, a national third world development organization. I became Nordic representative for Emmaus, traveled within Europe and Latin America, worked as editor, writer, and lecturer on development themes. During this period Ylva and I were blessed with two children, Hannah (1984) and Jonas (1985).

In 1990 I went back to teaching music, taking a full time position at Karis svenska medborgarinstitut (now Raseborgs medborgarinstitut) in which I continue to this day, and teaching part time on the side. The “medborgarinstitut” is a national system of local centers for learning with no real parallel in the USA (imagine perhaps a cross between a community college and the parks and recreation system), a place where courses are offered in a great variety of subjects and where learning is done for its own sake. No tests are given or degrees granted. If 8 or more people sign up, a course can be offered in almost anything. Individual lessons on instruments are also offered, there are choirs, language courses, navigation studies…

There I have taught piano, guitar, recorder and led and in several cases started choirs (and taken them on concert tours within the Nordic countries and to Switzerland and the USA). I also started weekly fireside reading aloud circles for children, reading complete books, and later for adults. Perhaps the most ambitious choir project was the Archipelago Singers China choir, in which ambitious but busy men were lured to a new male chorus which met only once a month (they were to practice at home with midi-files). We held concerts, some with children’s choirs, and released a CD in connection with a memorable concert tour to China in June of 2004. I later returned to China in 2006 for 9 weeks and taught choir and music appreciation at the university in Lin’an in Zhejiang province, leading the university choir and holding a well-received spring concert there. In 2007 I took another choir to Iceland before taking a 2-year leave of absence to do music research.

From 1998 to 2004 I was on the board of the “arts and health” (earlier called “culture in health care”) group which dispersed grants to various projects working to provide cultural stimuli in institutional environments, funds coming from NGOs Folkhälsan and Svenska kulturfonden. Then in 2004 I started kvartettklubben—“the quartet club”—where vocal quartets rehearsed as such and as a larger choir, with presentations about culture and health at each gathering. The goal was to send quartets to visit institutions, the idea being that it is much easier for a quartet than a larger choir to establish personal contact with and meet the needs of individual patients, often going room to room. In this way quartets can help keep patients engaged and rooted in a cultural identity in impersonal institutional environments where passivity can be a problem, while at the same time honing their musical and interpersonal skills. I have also been engaged to do music with children at a mental hospital and have held many workshops and lectures for health care staff on how they can use music in their everyday work. “Zitheroo evenings” with developmentally disabled adults have also been popular.

I was regional conductor for the male chorus association Finlands svenska manskörsförbund from 1995-2003 and member of the association’s music committee. My compositions and arrangements were and are currently used by a number of male, women’s and mixed choruses. I have also been interested in and held courses and workshops on many other subjects: music and movement, stone age music, medieval music, square dance, international folk dance, cooperative games, how to make panpipes from local plants and ocarinas of clay, how to play music on bottles, how to write blues songs, swinging music for the male chorus, Maori stick games in the school choir, origami, and juggling. For a number of years I taught a course I called “playology” in a recreational leadership degree program: how to lead games and organize recreational programs. In 2000 and 2001 I headed up the music program at a summer camp near Lake Placid, N.Y. with 300 children and teenagers. I lead singalong concerts and enjoying accompanying others on piano and guitar.

Music in the family has always interested me and was the subject of a thesis in 1982. I enrolled in a doctoral program at Åbo Akademi university in Finland in 2000, my research focusing this time on beginners experiences of learning an instrument, in this case the zitheroo, with 15 strings in a 2-octave diatonic scale. I coined the phrase “musical sense of coherence” (MSOC) based on Aaron Antonovsky’s theory about the connection between health and what he calls “sense of coherence” (SOC).

That the zitheroo has great potential has become ever more clear to me over the years. I started using zithers in delivery wards, children’s wards, centers for the handicapped and homes for the elderly in 1998, and conducted a study of the experiences of kindergarten children with the zitheroo in 2002. The role of the zitheroo in strengthening children’s musical self-confidence was very apparent. As mentioned above, local production by Treehouse Music began in 2002 and instruments are currently in use in homes and families as well as hundreds of schools, health care institutions, and churches. A number of music therapists also use them in their daily work. In the spring of 2004 I received a grant to develop song sheets and guidance materials for teachers, and in November of that year I was awarded a regional prize “for the musical joy he spreads” (prize from Nylands svenska kulturfond).

During a two-year leave of absence from my teaching position 2007-2009 I worked full time on doctoral research and on documenting zitheroo players experiences. At present (2014) I continue to teach full time (choir, piano) and spend a good deal of time developing materials for the zitheroo and giving workshops and lectures on music and health.

(Use with Transposer to write out favorite songs from books, or compose your own)